We are now in the era where decadent things are not just tolerated but even promoted. Take, for example, the case of lying. In theory, lying is still wrong and some people may even be sent to prison because of this sin. However, in practice, lying is promoted, particularity, in the advertising world.

Do you want to increase your sales? Just tell the consumers partial truth or even the total untruth. Show them a burger that looks so yummy and big and then give them the total opposite. Promise them a fast Internet and then make them pay for a pathetic service (and yes I'm speaking from experience).

Manufacturers of modern contraceptive tools lead the way in lying to consumers. To reap multimillion profits, they promote plenty of lies, the worst of which are about the adverse effects of their products to women's health. 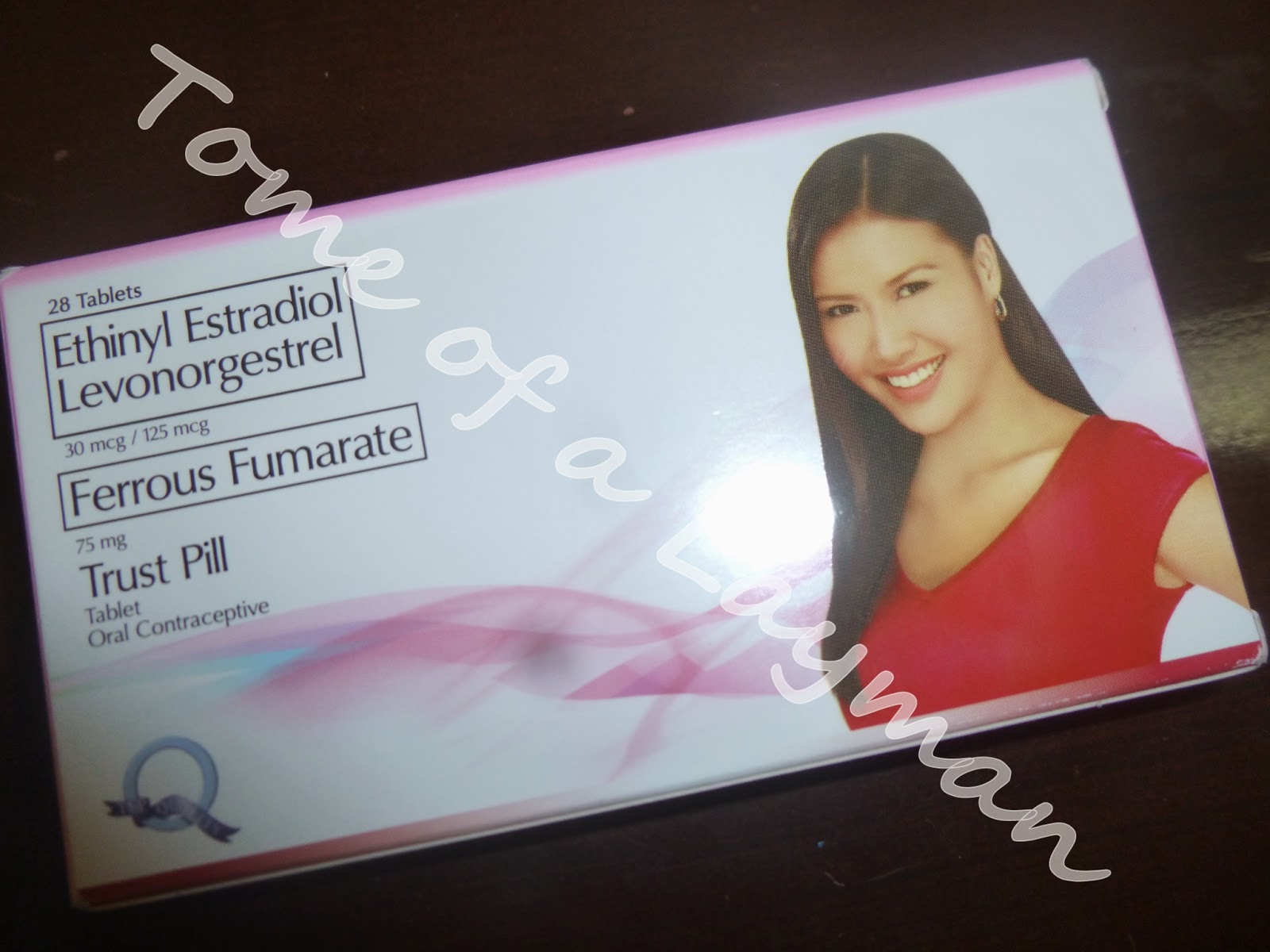 I found an empty box of Trust Pill in a trash bin in front of a Mercury Drug branch. As expected, the pill's information sheet was left in the box. What I read in that sheet of paper somewhat amusing, particularly this part:

It said that “oral contraceptive is the most researched product in the history of modern medicine, and its safety has long been established”. It then narrated the adverse effects of oral contraceptive pills to “some women”, such as headaches, gastric upsets, nausea, vomiting, impaired appetite, breast tenderness, slight changes in body weight, slight changes in libido, depressive moods, and impaired liver functions.

The contradiction is very obvious and that it revealed the manufacturer's great lie.

The mere fact that there are adverse effects makes Trust Pill, and other contraceptive pills, truly unsafe not only for women's health but also to their relationships. Depressive episodes caused by pills may cause a rift between the user of this pill and her husband. Slight change libido, which was not mentioned how slight, may prevent women to have satisfting sex (which was declared by Senator Pia Cayetano as a “right” of Filipinas).

Their defense, of course, is that these adverse effects are only experienced by “some women” only. The problem is that they didn't quantify it. “Some women” may range from two women to one million or more.

There are other precautions for Trust Pill like its contraindications for pregnant women, breastfeeding mothers, and those who have liver disorders, clotting disorders, breast and cervical cancer, sickle-cell anemia, hormone active tumors, hyperlipidemia, severe cardiovascular diseases, previous or existing thromboembolic diseases, and idiopathic jaundice.

Another adverse effect that the Trust Pill manufacturer conveniently ignored is the fact that the International Agency for Research on Cancer of the World Health Organization (IARC-WHO) considered contraceptive pills, particularly estrogen - progestogen, as Level 1 carcinogens.

According to the IARC monograph for their research on Combined Estrogen–Progestogen Contraceptives:


Ethinyl Estradiol is considered as estrogen and Levonorgestrel as, which are the ingredients of Trust Pill, are considered as estrogen & progestin. (see these Wikipedia entries for Ethinyl Estradiol and Levonorgestrel for details) This means that this Trust Pill may cause cancer in the breast, uterine cervix and liver. Even ex-DOH Secretary Esperanza Cabral accidentally admitted in a radio interview that birth control pills cause breast cancer.

I agree that oral contraceptive pill is the most researched medical product. The glaring lie is the claim that this pill's “safety” was established.

Birth control pills are not safe. It is dangerous to women's health. Those who promote its government-funded distribution is bringing plenty of Filipinas in danger.
Posted by Ishmael F. Ahab at 9:39 AM 5 comments: